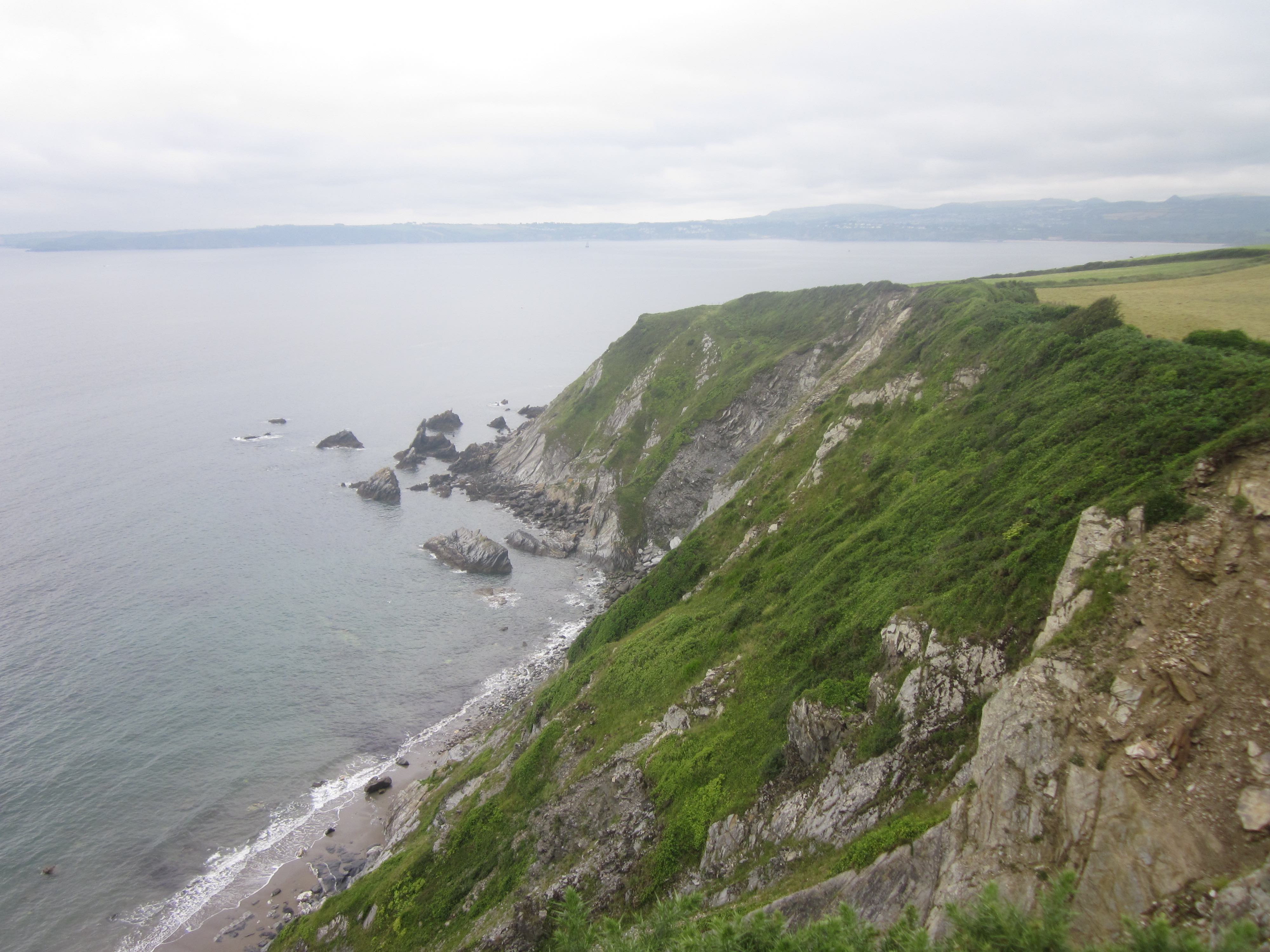 This is a new site. A Geological Conservation Review (GCR) site.

Cuckoo Rock to Turbot Point is a stretch of coastline around Veryan Bay in Cornwall which demonstrates superb exposures of a highly complex geological terrain. The site provides magnificent exposures through the melange-dominated Meneage Formation of the Gramscatho Group, mainly of Middle-Upper Devonian age.

In the Portloe district (Cuckoo Rock-Nar Rock), the rocks consist of varied monomict rudites, demonstrating their autochthonous interbedded nature with respect to each other and to the melanges. In the melange below the rudites, limestone phacoids have yielded conodont faunas with a range of Lower Devonian ages, thereby putting constraints on speculation concerning the age of these rocks and the precise geological history of the region.

Further east in the Portholland-Porthluney Cove area (East Portholland-Cadythew Rock) obviously sedimentary, coarse grey-wacke melanges, give way eastwards to monomict rudite beds in the melange. The melange contains fossiliferous Lower Devonian phacoids. East of Porthluney is a section through rudites and polymict melange, followed by melange with interstratified volcanic rocks. At Greeb Point there is the best development in the area of felsic volcanic rocks (tuffs, lavas) overlain by bedded sediments representing the top of the melange sequence. The felsic volcanic rocks are underlain by more basic tuffs and lavas.

Around Gorran Haven (Perhaver Point) the sections complement those at Cadythew Rock further to the south. These are the only two localities where the top of the chaotic melange sequence is exposed. The rocks here are mainly felsic volcanic types, with massive and pillowed lavas which are clearly autochthonous. These “greenstones” include the best development of pumpellyite in south Cornwall, and study of these rocks is critical in any interpretation of the sedimentary, volcanic and metamorphic history of this region.

Great Perhaver Beach, to the north-east of Gorran Haven is notable for including a large olistolith of Ordovician quartzite which yields an important trilobite-brachiopod fauna.

Taken as a whole, the coast between Portloe and Perhaver demonstrates superb exposures of a highly complex geological terrain, whose interpretation is fundamental to studies of the geological evolution of south-west England and the Variscanides of Northern Europe as a whole.