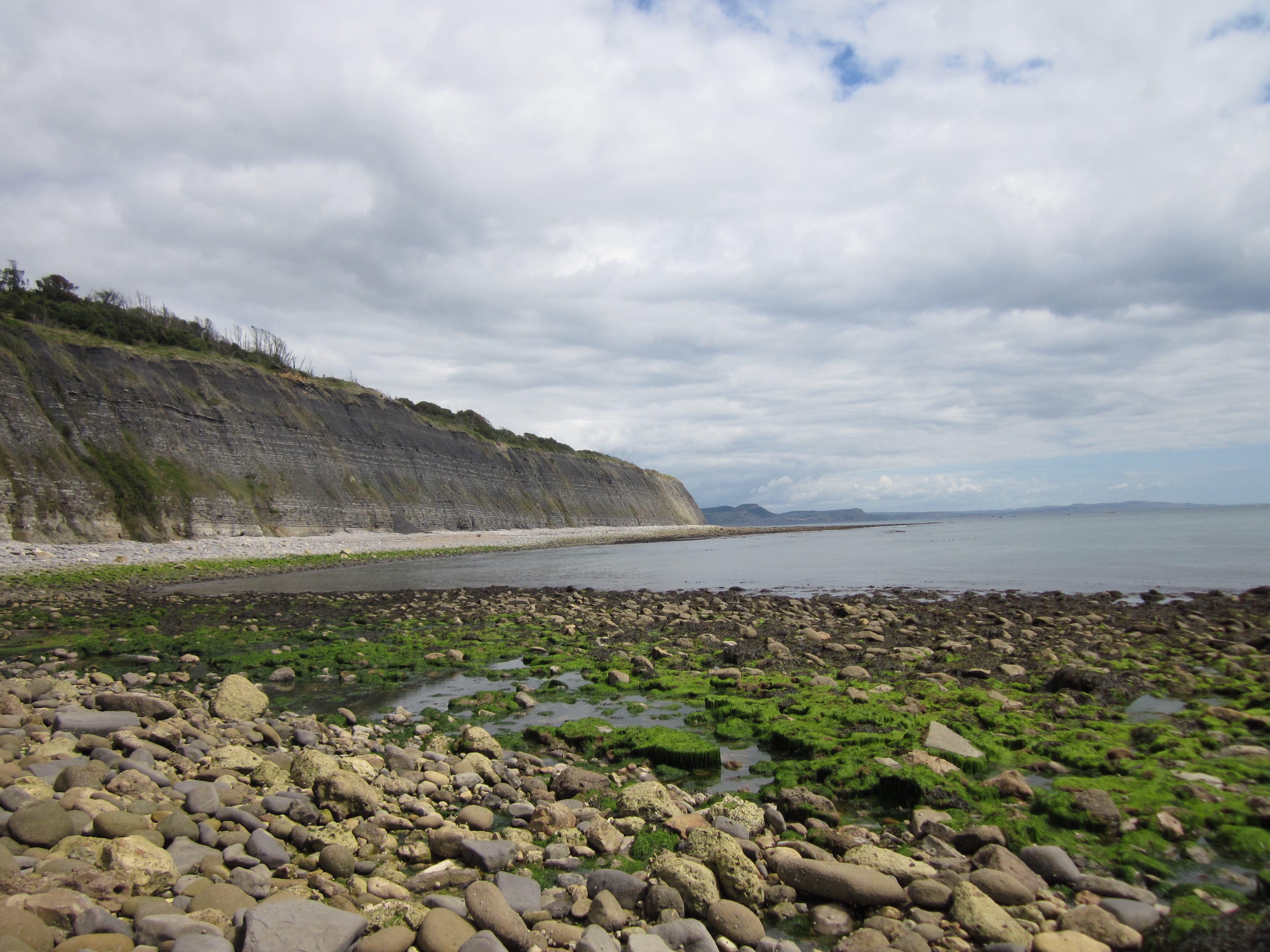 Description:
This is the largest and most important landslip area on the British coast, with fine exposures of Lias and Cretaceous rocks, a species-rich naturally-developed ash wood, and a rich grassland and cliff flora. The NNR is some 8 km long, aligned east-west along the South Devon coast. Its interest derives mainly from a massive landslip which occurred in 1839, when a large field became detached from the main cliff and moved seaward. Both the chasm and the cliffs, which rise to about 150m in altitude have largely become covered with woodland and scrub. Because of its isolation, plant and animal communities have developed virtually untouched by man. In particular, a species-rich, ungrazed, coastal ash wood has developed. A continuing series of minor slips has produced an area of varied topography, as well as exposing fresh areas for geological study and for colonisation by wildlife. The climate is typically western Atlantic, and the frequent damp mists encourage a profuse and vigorous growth of ferns and climbers.

This is the most renowned area of land slipping in Great Britain. Although movements probably commenced towards the end of the pleistocene, the very large Bindon Landslip of 1839, to the west of the area, brought the site to public prominence. The features of the Bindon slip are now much obscured by vegetation, but the major topographic elements, for example to the chasm-bound block known as 'Goat Island', are clearly discernible from the air. The series of slides involved Chalk, Upper Greensand and Gault of the Cretaceous Period, with Jurassic and Triassic sediments beneath. Large-scale movements are infrequent, but smaller-scale movements continue to the present day, notably near the western fringes of Lyme Regis and in the Pinhay area. This is an historic site which has played an important part in the elucidation of landslip processes.

It is also the richest Lower Jurassic reptile site in Britain, and probably the world. The Lower Lias of this coast has yielded hundreds of extremely well preserved specimens of ichthyosaurs, plesiosaurs, pterosaurs and dinosaurs, including type specimens of more than 15 species. Fossil reptiles have been collected here since the 18th century, and important finds are still being made as cliff erosion exposes fresh rock. Entire skeletons have been extracted from the Blue Lias and the 'Shales with beef'.

The coast from Pinhay Bay eastwards into Dorset is an outstanding, internationally important, locality. It shows the most complete Lower Jurassic sequence in Europe. In Britain it is the only single section which provides exposures through the entire Lias, and thus practically constitutes the British standard section. The coast has been the subject of innumerable studies documented in an enormous body of literature spanning two centuries, and dealing with all aspects of palaeontology and stratigraphy.

Pinhay Bay itself is an important site for studying Rhaetian (Triassic) sediments showing a thick development of White Lias and their transition into the Jurassic strata above, affording unrivalled exposures for this rock interval. The White Lias section, eight metres in thickness, includes the 'Sun Bed' at its top. Above, these beds grade into the Pre-Planorbis Beds and overlying Hettangian Blue Lias.

The most extensive exposures of the most southerly British Rhaetic outcrops are seen at Culverhole, where an outstanding section of Rhaetian strata is overlain by the Albian (Cretaceous). A section from the Tea Green Marls to the White Lias is exposed here. At the base of the section, a highly fossiliferous bone bed is seen to penetrate the Tea Green Marls; this has yielded archosaur bones. Landscape marble occurs in the two metre Cotham section, beneath the White Lias.

The ash wood represents one of the best recent examples of plant succession to be found in Britain. Photographic records establish that much of it has developed since 1905, and all ages of tree from that date are present. Some of the more accessible parts have been planted with exotic species, but much of the Reserve is covered by a mixture of ash Fraxinus excelsior and field maple Acer campestre, with a thick understorey of hazel Corylus avellana, dogwood Cornus sanguinea, spindle Euonymus europaeus, blackthorn Prunus spinosa and other shrub species. There is a mosaic of developing woodland and scrub, together with abundant climbers, notably traveller's joy Clematis vitalba and ivy Hedera helix. Some of the scrub is dominated by privet Ligustrum vulgare, with bramble Rubus fruticosus agg. and madder Rubia peregrina.

Other plants of local distribution, occurring mainly in the more open and cliff grassland communities, include sea kale Crambe maritima, Portland spurge Euphorbia portlandica, spring felwort Gentianella anglica, mountain St John's wort Hypericum montanum, rock sea lavender Limonium binervosum, sea radish Raphanus maritimus and Nottingham catchfly Silene nutans. Some 400 species of flowering plants have been recorded and many lower plants, for example 75 mosses and 150 fungi. There is an abrupt transition at the cliff base to intertidal rock or shingle; this is only sparsely vegetated by seaweeds but some 60 species of these have been recorded.

This is one of the few key sites with the wood white butterfly Leptidea sinapis, the Lulworth skipper Thymelicus acteon has also been recorded. The breeding bird community contains species generally characteristic of coastal cliffs, scrub and woodland, but interesting species such as the nightingale Luscinia megarhynchos have bred. Over 100 species of birds have been recorded but this includes sea birds, waders, and birds of passage. Roe deer Capreolus capreolus inhabit the woods. Because of its inaccessibility the area is certainly under-recorded, especially for invertebrates.