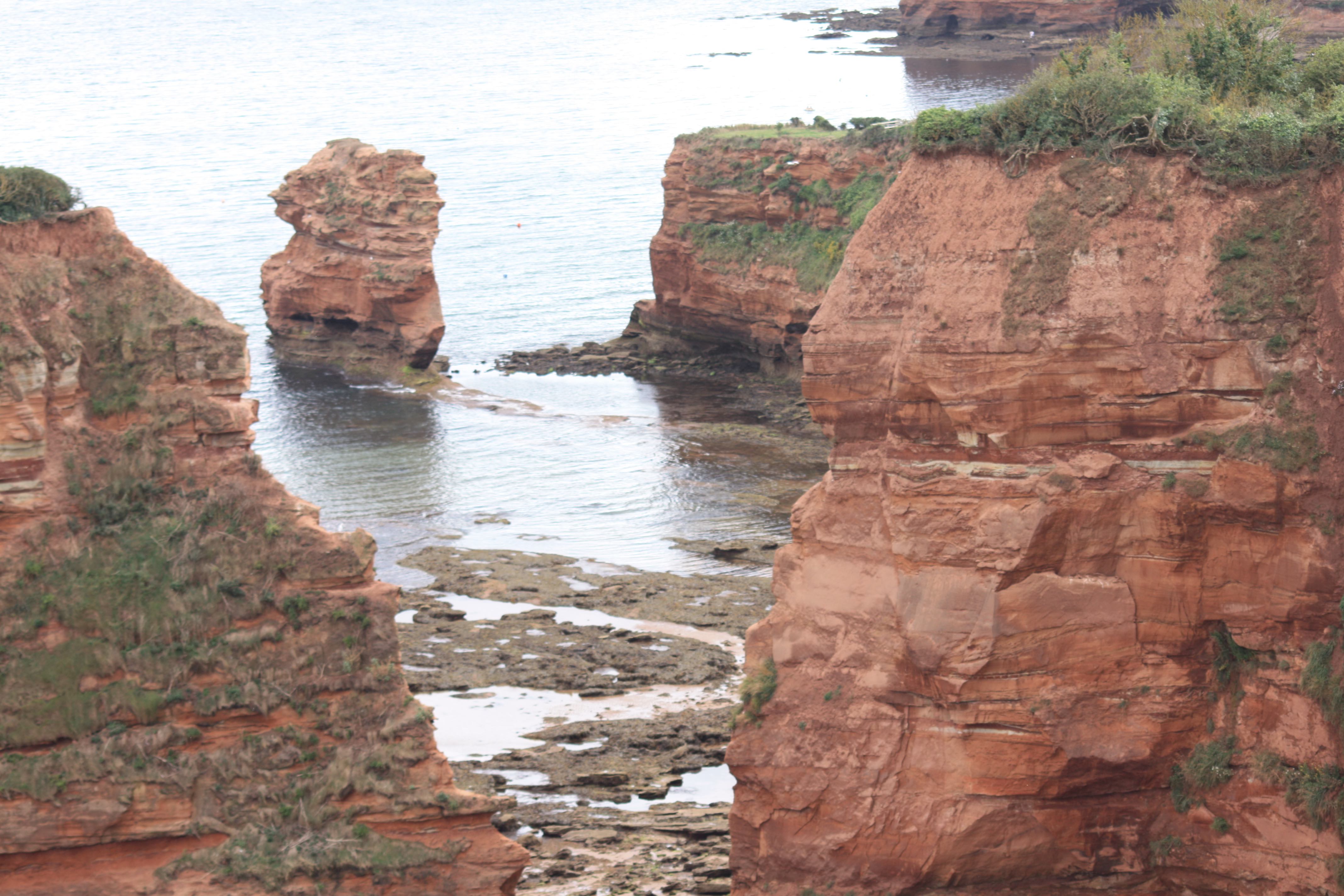 In East Devon Area of Outstanding Natural Beauty (above HWM), and Heritage Coast.

Ladram Bay is an important site for coastal geomorphology. A series of well- developed cliffs, stacks and shore platforms cut in the red sandstones of the Keuper represent one of very few assemblages of such forms in southern Britain. Moreover, they are unique in Britain in being formed in the relatively easily eroded sandstone, and owe their preservation largely to the relatively low energy regime in which they occur. The shore platforms are structurally controlled to the extent that some surfaces coincide with joint plates, while erosion along near- vertical joints has played a major role in isolating stacks from the mainland.

The cliffs below High Peak and Chit Rocks at Sidmouth, have yielded remains of Middle Triassic fossil fish, amphibians and reptiles. Specimens of the labyrinthodont Mastodonsaurus (including type material) and the rhynchosaur Rhynchosaurus are closely similar to forms from the Warwick and Bromsgrove area in the Midlands, and allow correlation between the two areas. The remains from High Peak are disarticulated but well preserved, and fresh cliff falls will almost certainly yield more material.