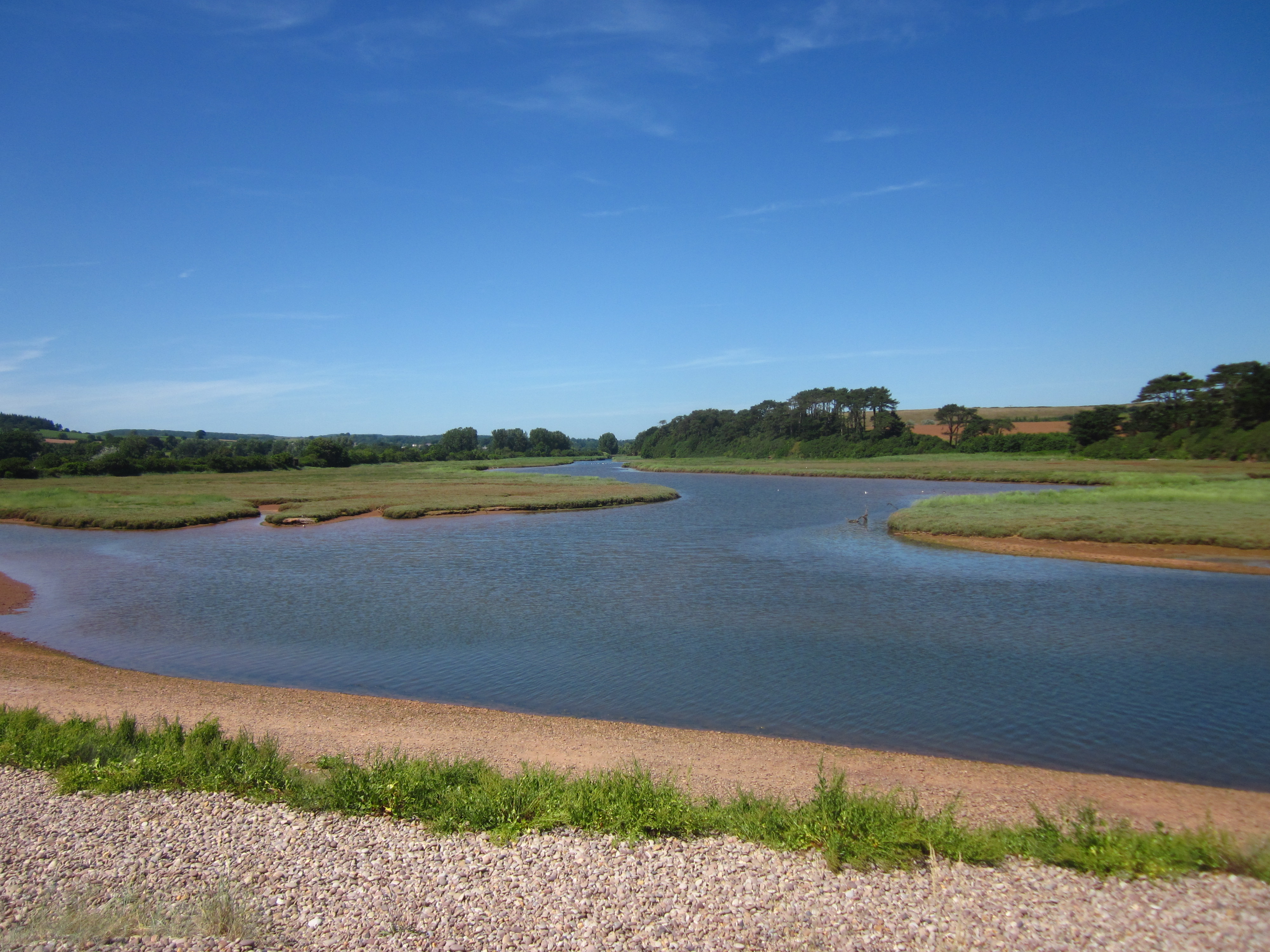 The Otter Estuary contains a wide range of saltmarsh communities which together with additional areas of tall herb and scrub, support high numbers of breeding and over-wintering bird species. Otterton Point is an important location for vertebrate palaeontology.

Flowing due south, the lower 2km reach of the River Otter is bounded by sea embankment to the west and a cliff of sandstone rising to some 10m on its eastern side. Below White Bridge the divergence of the embankment from the direction of the river channel allows the estuary to broaden to a maximum width of 0.5km. Here, the deep, fine alluvium has enabled a well-developed pan and creek system to form. A shingle ridge running eastwards from the west shore virtually closes the estuary from the sea, the river entering the sea at Otterton Point through a 5m gap.

There are several distinct communities of mud-dwelling invertebrates in the estuary. Characteristic species include the bivalve peppery furrow-shell Scrobicularia plana, the ragworm Nereis diversicolor and the crustacean Corophium volutator. This variety, together with adjacent habitats, provides food for a corresponding variety of bird species, some of which can be present in large numbers, principally curlew Numenius arquata and lapwing Vanellus vanellus. The area is an important additional feeding station for birds from the nearby Exe Estuary, especially during severe weather.

Otterton Point itself has yielded the best remains of the diagnostic tooth plates, as well as a lower jaw, of a fossil known as ‘the Devon rhynchosaur’. As the only fossils, these allow approximate mid-Triassic dating of the Otter Sandstone Formation. This is also the most southerly occurrence of Rhynchosaurus, and it is of interest as a feature of ancient geography. The lower jaw was collected recently, and there is potential for more finds and future research.

The Otter Estuary is a nursery area for many types of fish, including bass. The muddy seabed here provides a home to all sorts of worms and burrowing animals. In turn these provide a food source for large numbers of birds including curlews and lapwings. Seahorses are also found here.

1989 Salt marsh survey of GB (Burd 1989) states that the Otter has more salt marsh vegetation than any other site in Devon, and with the associated tidal mudflats, it provides an important feed and resting area for overwintering birds.

Salt marshes are considered to be one of the most productive ecosystems in the world. The economic value of productivity of marshes has been estimated in 1997 at £9,900/ha/yr. Many birds, juvenile fish, crustaceans and molluscs use marshes as nurseries, including commercially important fish species such as sea bass. Salt marshes are important for climate change, and are known to accumulate sediment and organic matter at a rate that compensates for sea level rise, as well as providing carbon storage at approximately 10 times the rate observed in temperate forests. The IUCN states that salt marshes are “critical components to future carbon management discussions and strategies”.

Intertidal mud is a highly productive ecosystem and is an important feeding ground for wading and migratory birds that is available all year round. This habitat plays a crucial role in primary biomass production through the biofilm made up of microalgae at the air-mud interface. Intertidal mudflats are desirable areas for carbon storage due to the higher sedimentation rates than some other habitats such as freshwater wetlands.