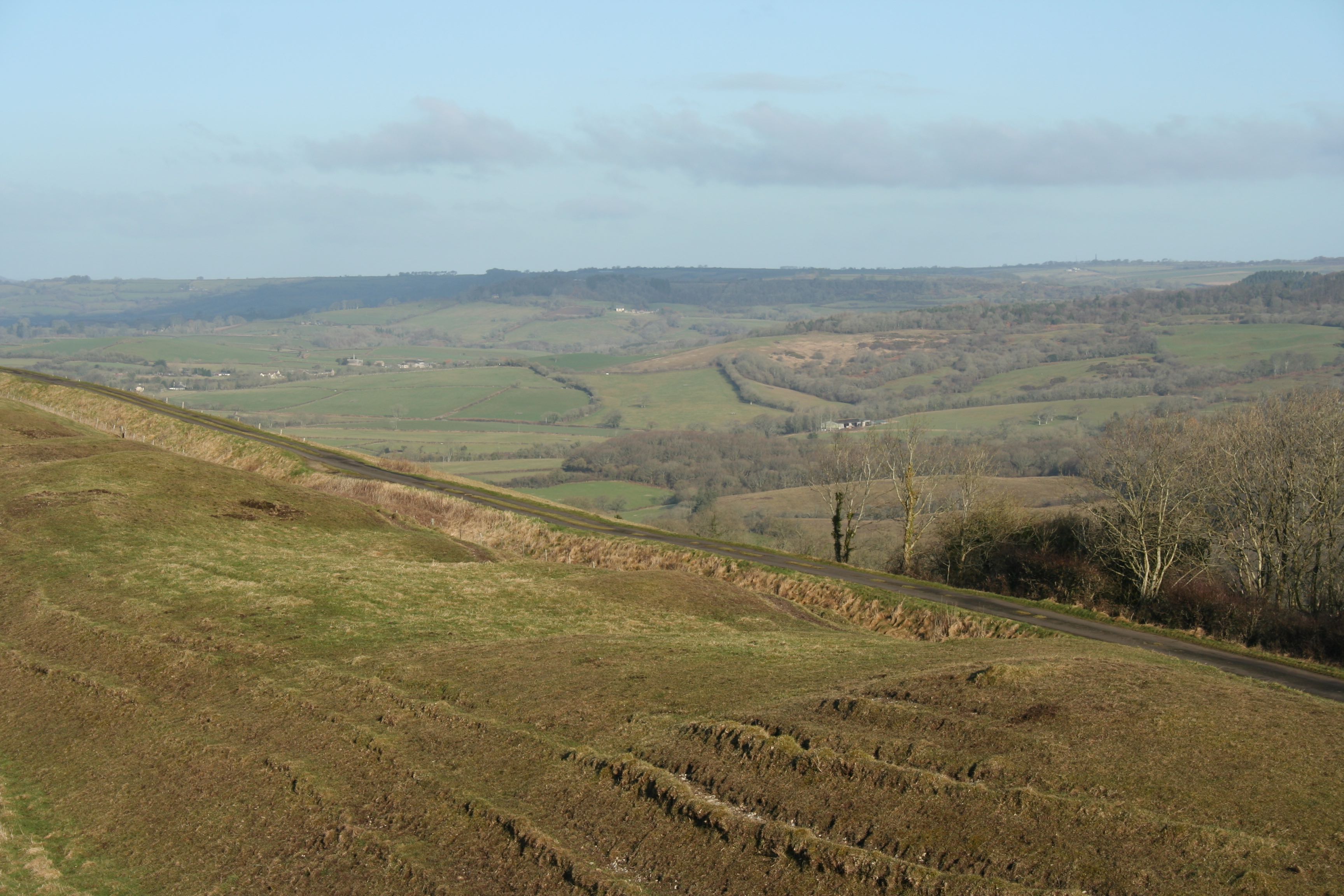 Powerstock Common and Wytherston Farm comprises enclosed and unenclosed woodland, grassland, fen meadow and rush pasture, and a series of ponds. The site lies on soils derived from Fullers Earth Rock, which is overlain on the higher, eastern slopes and plateau by Upper Greensand and Gault Clay. Numerous springs and seepages arise at the junction of the greensand and clay feeding streams which dissect the site; landslips are a characteristic feature in this landscape. The varied geology and soils are reflected in the pattern of land use within the site. Well drained brown earth soils are present on outcrops of free-draining greensand, where bracken Pteridium aquilinum is abundant, but are quickly replaced by waterlogged stagnogleys on the impermeable Gault Clay over which much of the woodland and grassland is situated.

Powerstock Common remained unenclosed until 1866 and many of the multi-stemmed ash and alder date from this time when rights to collect firewood and graze stock were finally extinguished. The railway divided the Common and Wytherston Wood in 1857 and several phases of oak regeneration followed enclosure until post war felling and coniferisation from the 1950’s until 1973. Historically the woods were more open than at present and many of the veteran oak, ash and field maple Acer campestre present originated in wood pasture, which has through natural regeneration developed into high forest.

Epiphytic lichens indicative of ecological continuity and associated with old forest conditions are present through the site such as the rare New Forest lichen Parmelia minnarum on alder and Japewia carrollii on willow at one of only two localities in Dorset. Other species are present on ash, hazel, holly, elder and oak including Phaeographis dendritica, Catillaria atropurpurea and Dimerella lutea. Bryophytes include the nationally scarce moss Leptodon smithii, the local moss Zygodon rupestris and the liverwort Frullania tammariisci.

The woodland and scrub supports the rare and protected dormouse. Great crested newt

On the northern edge of Powerstock Common a series of ponds supports a population of great crested newts. The ponds range from heavily shaded to unshaded and most are sparsely vegetated by floating sweet-grass Glyceria fluitans and common duckweed Lemna minorcommunities. Some ponds have an unusual flora which includes branched bur-reed Sparganium erectum, bog pondweed Potamogeton polygonifolius, bogbean Menyanthes trifoliate, lesser water-plantain Baldellia ranunculoides and submerged floating club-rush Eleogiton fluitans, all of which are rare in west Dorset. The particular combination and juxtaposition of aquatic and terrestrial habitats provide ideal breeding, foraging and hibernation conditions for the great crested newt.

In addition to the reasons for notification, otters Lutra lutra have been recorded in a stream that lies in the headwaters of the River Hooke.