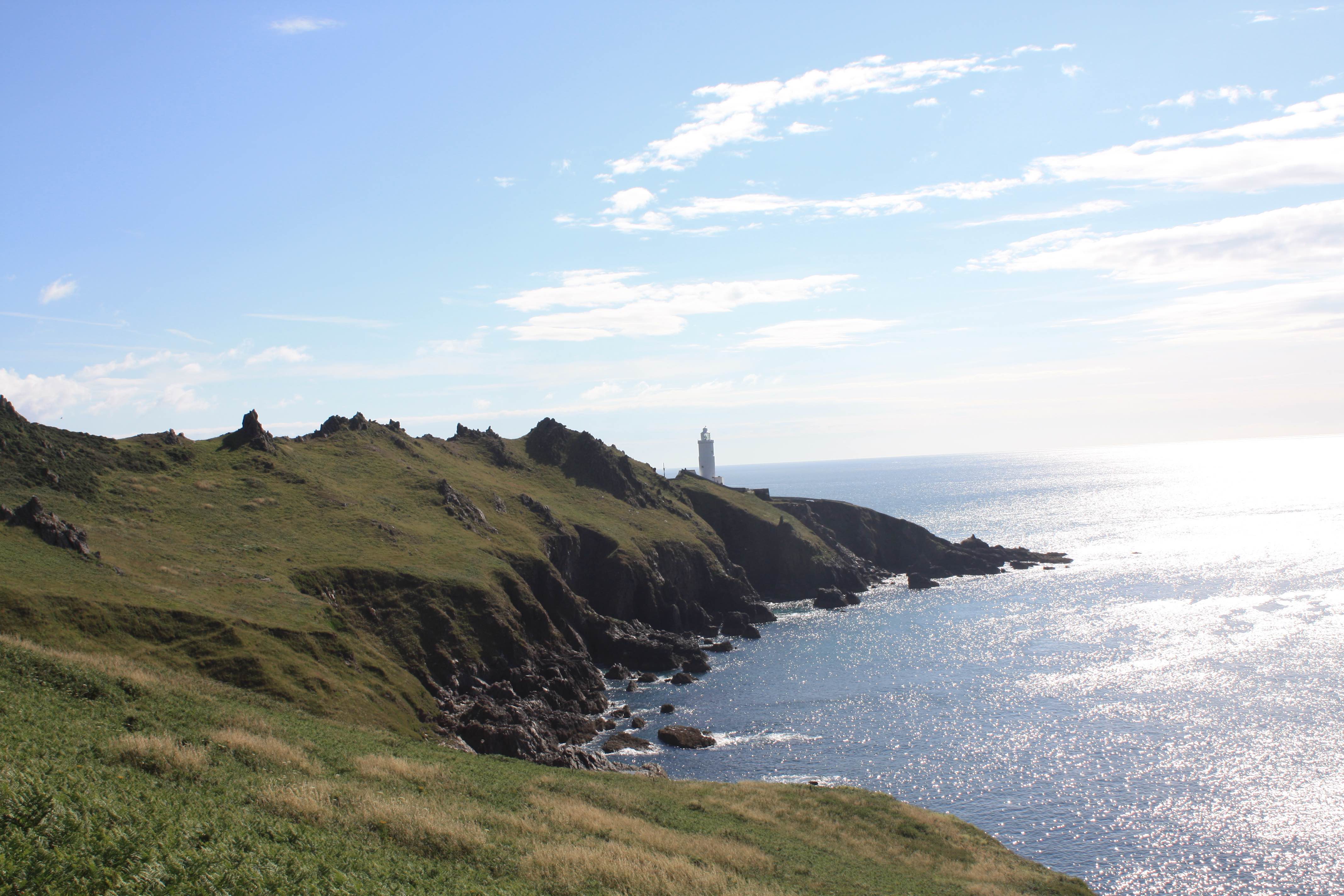 The stretch of coastline which includes Prawle Point and Start Point is of national importance for its geology, lichens and invertebrates, and supports a good variety of rare flowering plants and breeding birds. The intertidal area is of major biological importance.

This site occupies a stretch of coastline which extends for 12 kilometres and includes the most southerly point in Devon. It is predominantly south-facing. Cliffs formed by Devonian schists occur throughout the length of the site. There are many rock outcrops, and the cliff height reaches 90 metres. Along much of the coast, however, these cliffs do not extend down to the present sea level. There are raised beaches between these and the low Pleistocene cliffs of pebbles, gravel, sand and clay (material known as ‘head’), which are to be found at the present high water mark. The raised beaches were formed as a result of sea level changes during the Ice Age and are also composed of head which is itself a periglacial deposit. The soils of the raised beaches, derived from mineral-rich bedrock, are very fertile and have been converted to arable land where the slope allows.

Geologically, the coastline from Start Point to Prawle Point provides one of the best examples of head deposits in one of Britain’s classic areas for this type of deposit. The head is particularly well-exposed in coastal sections and, together with adjacent tors and blockstreams, forms part of a classic assemblage of periglacial features. In addition, the site contains a valuable sequence of shore platforms and is a key locality, demonstrating a well-documented and rare example of highly active bedrock (schist) weathering in a contemporary environment. This site is therefore of exceptional interest for studies in periglacial and coastal geomorphology.

The hard rock outcrops support one of the richest saxicolous lichen floras to be found anywhere on the coast of Britain, including an assemblage of species with Mediterranean affinities. The species include the conspicuous and very rare Roccella fuciformis, R. phycopsis, Buellia leptoclinoides and Teloschistes flavicans together with many more rare and uncommon species.

The ‘head’ cliffs support good populations of many species of mining bees and digger wasps which burrow into the cliff face, and there are other bees and flies which are parasitic upon them. This site is nationally important for these creatures, with over 100 species of bees and wasps having been recorded. Some of these are extremely rare, e.g. the long-horned bee Eucera longicornis which is parasitised by the cuckoo-bee Nomada sexfasciata. The mason wasp Euodynenia quadrifasciatus is restricted to only one or two localities. The grey bush cricket Platycleis denticulata, great green bush cricket Tettigonia viridissima and tawny and lesser cockroaches Ectobius pallisus and E. panzeri are found in the scrub and long grass.

Butterflies and moths are well represented, the most notable species being the silver-studded blue butterfly Plebejus argus. In addition, rare pseudoscorpions, spiders, beetles and bugs have been recorded along this coastline.

The intertidal area is a wave-cut platform, the base of which is composed of the same schists which form the high cliffs. The flora and fauna are typical of a very exposed rocky shore, and this particular area is ideal for illustrating the various biological communities which develop in the different littoral zones of a rocky shore and rock pools. In addition the pools support some rare species of seaweeds which are restricted to the warmest parts of the British coastline, notably sea fern weed Halopteris sp.