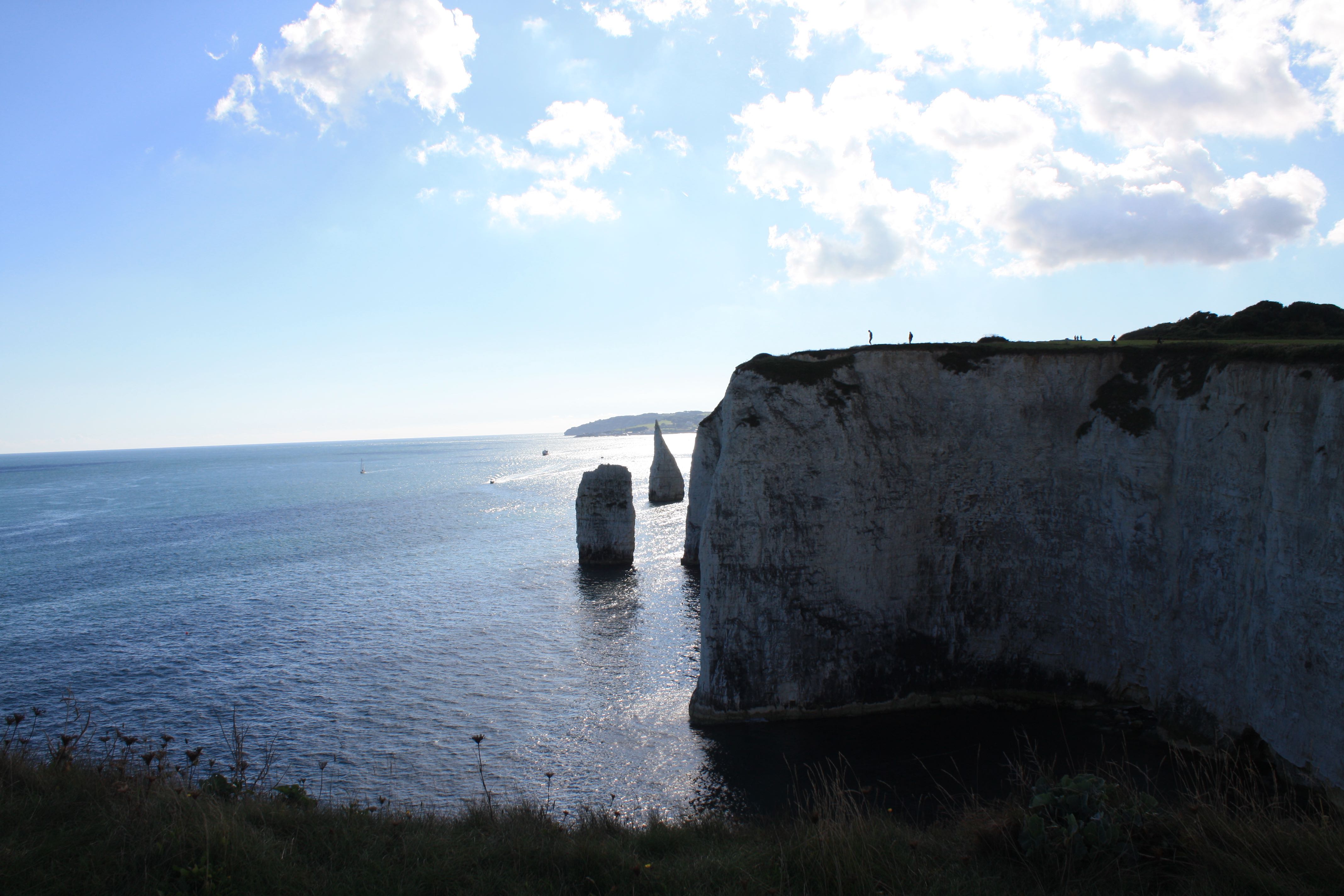 The site is amended by extensions. The site contains three Geological Conservation Review sites. Part of the site lies within the Dorset Heritage Coast and Area of Outstanding Natural Beauty. The site adjoins Studland Cliffs SSSI.

Purbeck Ridge lies in south Dorset and extends for 15 kilometres westwards from the steep chalk of Ballard Cliffs on the sea coast to Povington Hill and westwards to Bindon Hill and Lulworth Cove, the latter section lying within the South Dorset Coast SSSI. Purbeck Ridge (East) comprises the section of the Ridge extending eastwards from Corfe Castle to the coast at Ballard Down and Cliffs.

The Ridge rises abruptly from the Tertiary sands and clays of the Poole Basin at 50 metres to reach 199 metres at Godlingston Hill and comprises steeply inclined Upper Chalk with narrow outcrops of Upper and Lower Greensand and Gault clay at the foot of the south facing slopes. The low sea-cliffs from Swanage to Ballard Point expose Upper Wealden sands and clays which are overlain by Lower Greensand. Purbeck Ridge (East) supports extensive areas of high quality chalk downland with important invertebrate and lower plant communities, scrub and ancient broadleaf woodland. Acid grassland and chalk heath are present on localised drift, sands and clay. The site contains geological and geomorphological interest on the coast at Ballard Down, Punfield Cove and Swanage Cliffs.

A taller, grassy sward is present where grazing levels are reduced and in hay meadows and this is characterised by the prominence of tor-grass, sheep’s fescue and yellow oat-grass Trisetum flavescens. Typical and abundant herbs include lady’s bedstraw Galium verum, carline thistle Carlina vulgaris and bird’s-foot-trefoil Lotus corniculatus. Herbs with spreading rosettes that are able to persist in the overtopping sward include primrose Primula vulgaris, dwarf thistle Cirsium acaule and hoary plantain Plantago media.

Butterflies are well represented and abundant on the chalk grassland and scrub. Ungrazed tor grass supports strong populations of the Nationally Scarce Lulworth skipper Thymelicus acteon whilst the Nationally Scarce Adonis blue Lysandra bellargus is present on south-facing, closely grazed turf where its food plant horseshoe vetch is abundant. Local butterflies with a restricted distribution in Dorset include chalkhill blue Lysandra coridon, dingy skipper Erynnis tages and grayling Hipparchia semele. The Nationally Scarce grey bush-cricket Platycleis albopunctata is present on Ballard Down close to the coast whilst the uncommon stripe-winged grasshopper Stenobothrus lineatus is present on well grazed, south facing downland. The invertebrate fauna in the woods is not well recorded but local species with a restricted distribution in Dorset indicative of ecological continuity are present such as the snail Zenobiella subrufescens, the ash-grey slug Limax cinereoniger and the beetle Pediacus dermestoides. The Nationally Scarce ladybird Hyperaspis pseudopustulata is present in King’s Wood.

Purbeck Ridge (East) incorporates three Geological Conservation Review sites which are of national importance for their geological and geomorphological features.

The low sea-cliffs from Swanage Bay to Ballard Point expose Upper Wealden sands and clays which are overlain by sediments of Aptian age (the Lower Greensand). The Wealden Beds are represented by the Wessex Formation which comprises a thick succession of alternating multicoloured marls, sands and interbedded shales. These were deposited in freshwater or periodic subaerial alluvial plain conditions. Sedimentary structures and coarse sandstones suggest more vigorous and intermittent braided rivers. About the middle of the formation is the Coarse Quartz Grit Member which comprises pebbles and sands of predominantly Cornubian origin (K-feldspar), tourmaline, Amorican staurolite, kyanite). The upper parts of the Wessex Formation have yielded the broken trunks of fossil trees, Iguanodon bones and cast of large Unioin ironstone concretions.

The overlying Wealden Shales (the Vectis Formation) were deposited in a shallow lagoonal environment and contain a fossil fauna and flora indicating a wider range of salinities than the Wessex Formation. The shales abound with ostracods Cypridea and intercalated limestones contain gastropods Viviparus and bivalves Ostrea. The Vectis Formation is only 35 metres thick at Swanage and continues the westerly thinning seen in the Isle of Wight. This attenuation is not fully understood and may result from a facies change, non-deposition, erosion or a combination of these factors.

Punfield Cove provides a complete section through the Lower Greensand and was originally proposed as the type locality for the ‘Punfield Formation’. The base of the Lower Greensand is marked by a pebble bed which is overlain by a series of clays and ferruginous sandstones including a thin, but highly fossiliferous limestone termed the Punfield Marine Band Member. This limestone is palaeontologically of great significance – with a unique and palaeoecologically important mollusc and decapod fauna. Stratigraphically and palaeogeographically Punfield Cove is critical in demonstrating Lower Greensand thickness changes from the Isle of Wight westwards.

Ballard Down is a key site for coastal geomorphology. The section from Ballard Point southwards to Ballard Estate contains exposures of chalk and unconsolidated sands and gravels, each of which responds in a different manner to the erosion on a coast facing storms from a southerly direction. The steeply dipping chalk exceeds 100 metres in height before dropping away in Punfield Cove. Cliff falls in unconsolidated sands and clays are frequent and feed a shingle and cobble beach at the southern end of Swanage Bay.

1 Species listed on Annex 2 of European Habitats and Species Directive.