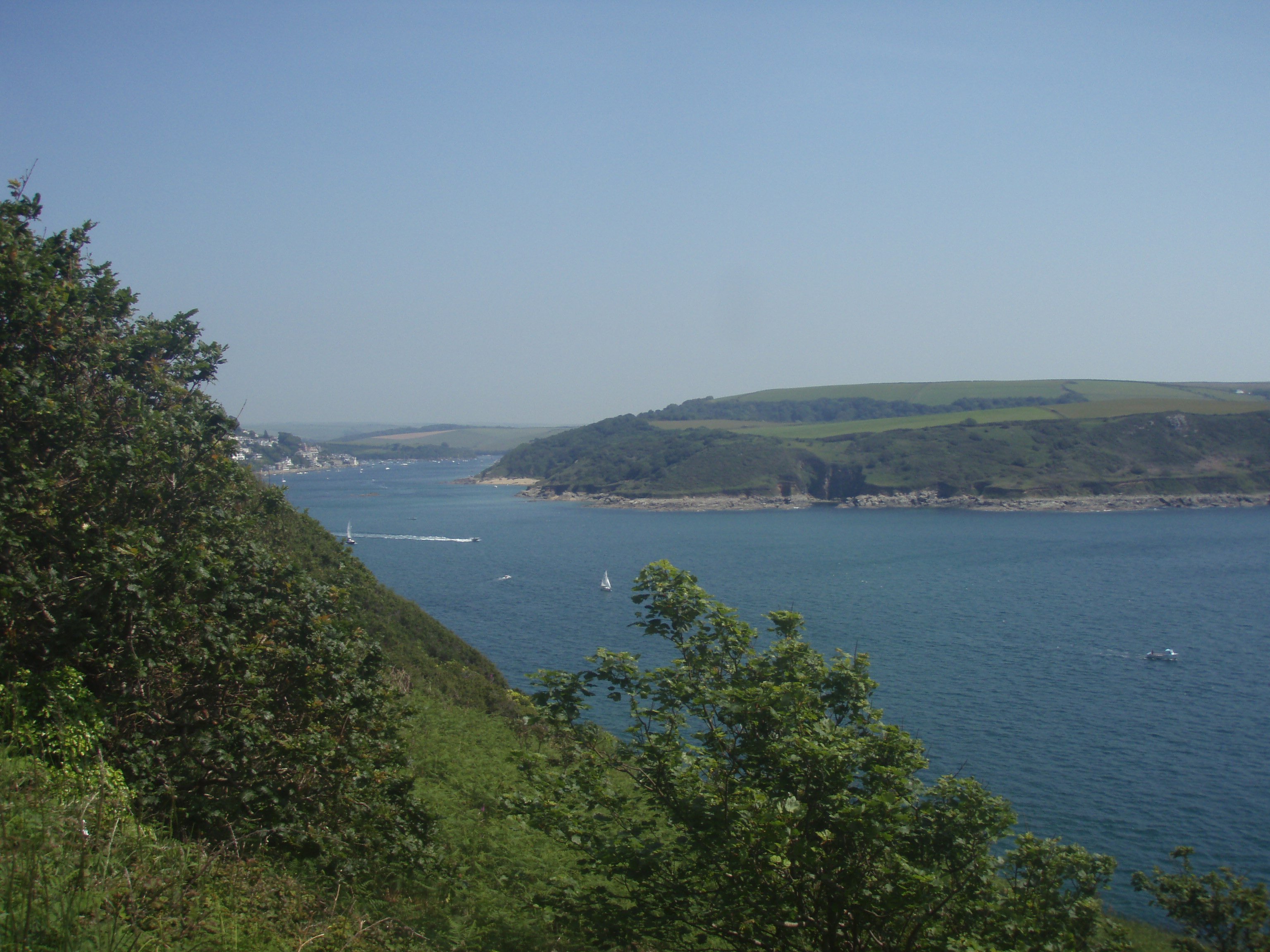 The Salcombe-Kingsbridge Estuary possesses a very rich and diverse intertidal and sub- tidal flora and invertebrate fauna, with certain communities being outstanding examples of their type in the North-east Atlantic.

Originally an unglaciated river valley, the Estuary has been partly drowned following the post-glacial rise in sea level, and is now a sheltered marine inlet or ‘ria’. The lower estuary is partially separated from the open sea by a submerged sandbar and is characterised by rocks and sandy bays, while the upper estuary comprises mainly intertidal mudflats. The streams flowing into the creek heads are small and over the majority of the estuary marine conditions prevail so that many truly marine plants and animals are found which seldom occur intertidally in estuaries elsewhere.

The majority of the upper estuary intertidal area comprises soft sediments, colonized in parts by green algae Enteromorpha and Ulva spp. and bordered by brown algae Fucus spp. The sediments, although generally exposed to underwater currents, are sheltered from wave action so that some, particularly around the Salt Stone, support exceptionally rich invertebrate faunas. These include large populations of tube-living and burrowing worms, burrowing bivalves, and beds of the daisy anemone  Cereus pedunculatus. On muds and gravels extensive growths of sponges such as Hymeniacidon perleve and Halichondria bowerbanki have developed, in turn colonized by a wide range of species including the sea squirt  Phallusia mamillata. At and below the low water mark populations of the proboscis worm  Golfingia elongata and the burrowing crustaceans Upogebia deltaura and Callianassa spp. occur in silty sand, and the angular crabGoneplax angulata in sandy mud, while small stones are frequently colonized by sea squirts.

The sand and mud of the lower shore along both sides of Salcombe Harbour, particularly at Hill Bay and Ditch End Cove, support communities extremely rich in burrowing fauna and there is a long history of study here. At and below low water mark the sand is colonized extensively in places by eel-grass Zostera marina and by the sea potato Echinocardium cordatum with its commensal bivalve Montacuta ferruginosa. 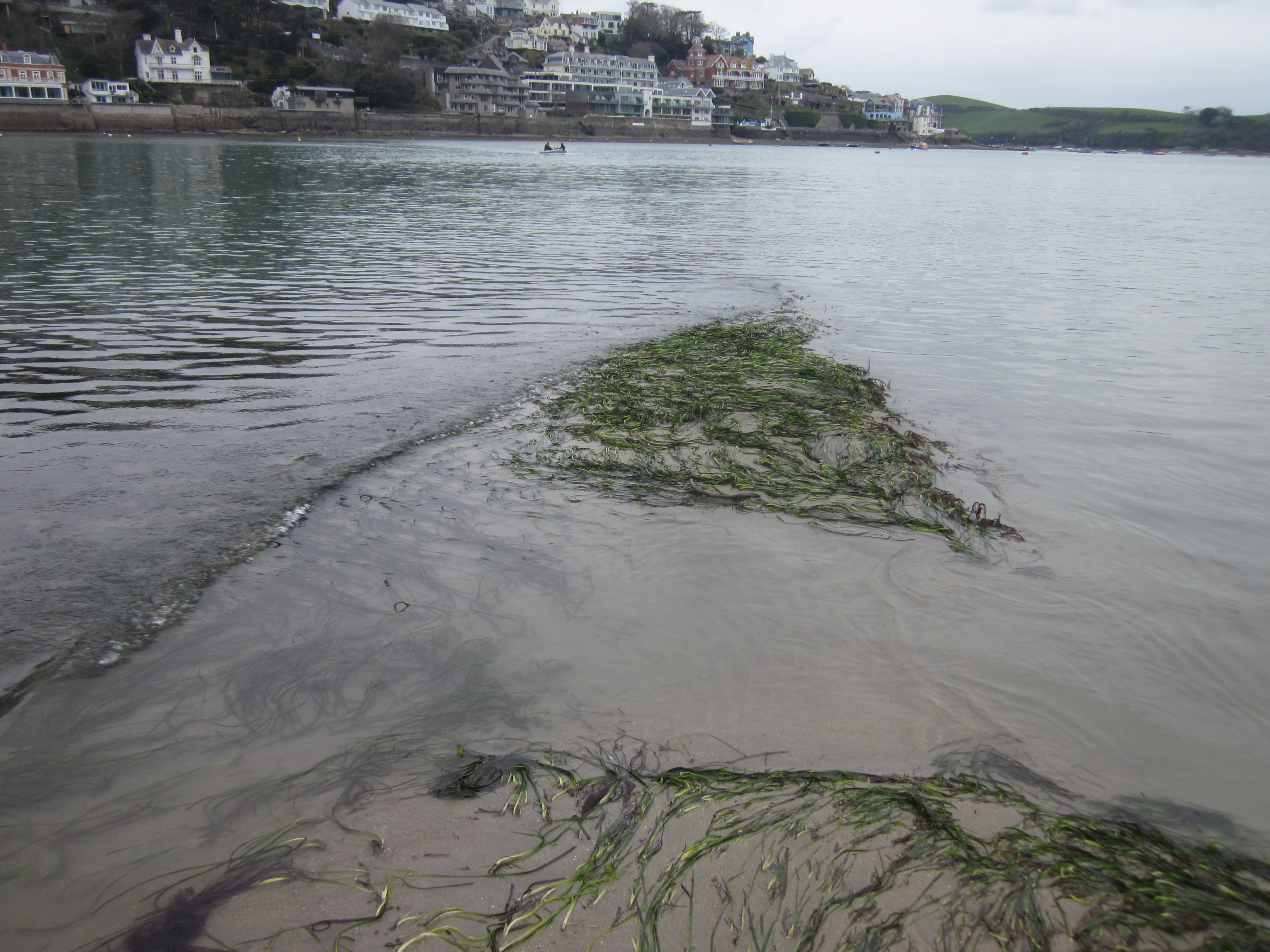 The rocky shores of the estuary support communities typical of sheltered mouth-of-the estuary conditions, but are particularly rich in marine algae. The Salt Stone is one of the few British localities for the red alga Chondria coerulescens, and Castle Rocks possess an exceptional flora which include the kelp Laminaria ochroleuca and, among red algae, Gracilaria foliifera and all four British species of Gigartina. The overhangs and gullies of the Castle Rocks support a rich fauna including the cowry Trivia arctica, the sea gerkhin  Cucumaria saxicola and many sponges and crustacea.

The bed of the main channel from the entrance to Salcombe Harbour to the Salt Stone is of mixed sediments with stones and shells. The communities present are very rich in algae and animals, including several rare or unusual species. At Snapes Point and Scoble Point broken rock surfaces extend into deep water and are colonized by typical ria communities.

At the heads of the tributary creeks small areas of saltmarsh occur. This saltmarsh is in an early stage of development, with the flora dominated by sea aster  Aster tripolium, common saltmarsh-grass  Puccinellia maritima and sea plantain  Plantago maritima.

The estuary is used as an overwintering ground by large numbers of wildfowl such as wigeon Anas penelope, teal A. cracca and shelduck Tadorna tadorna and the intertidal mudflats are important feeding grounds for passage waders. West Charleton Marsh, separated from the estuary by a sea wall, is used for roosting and feeding by a variety of waders and wildfowl at high tide.