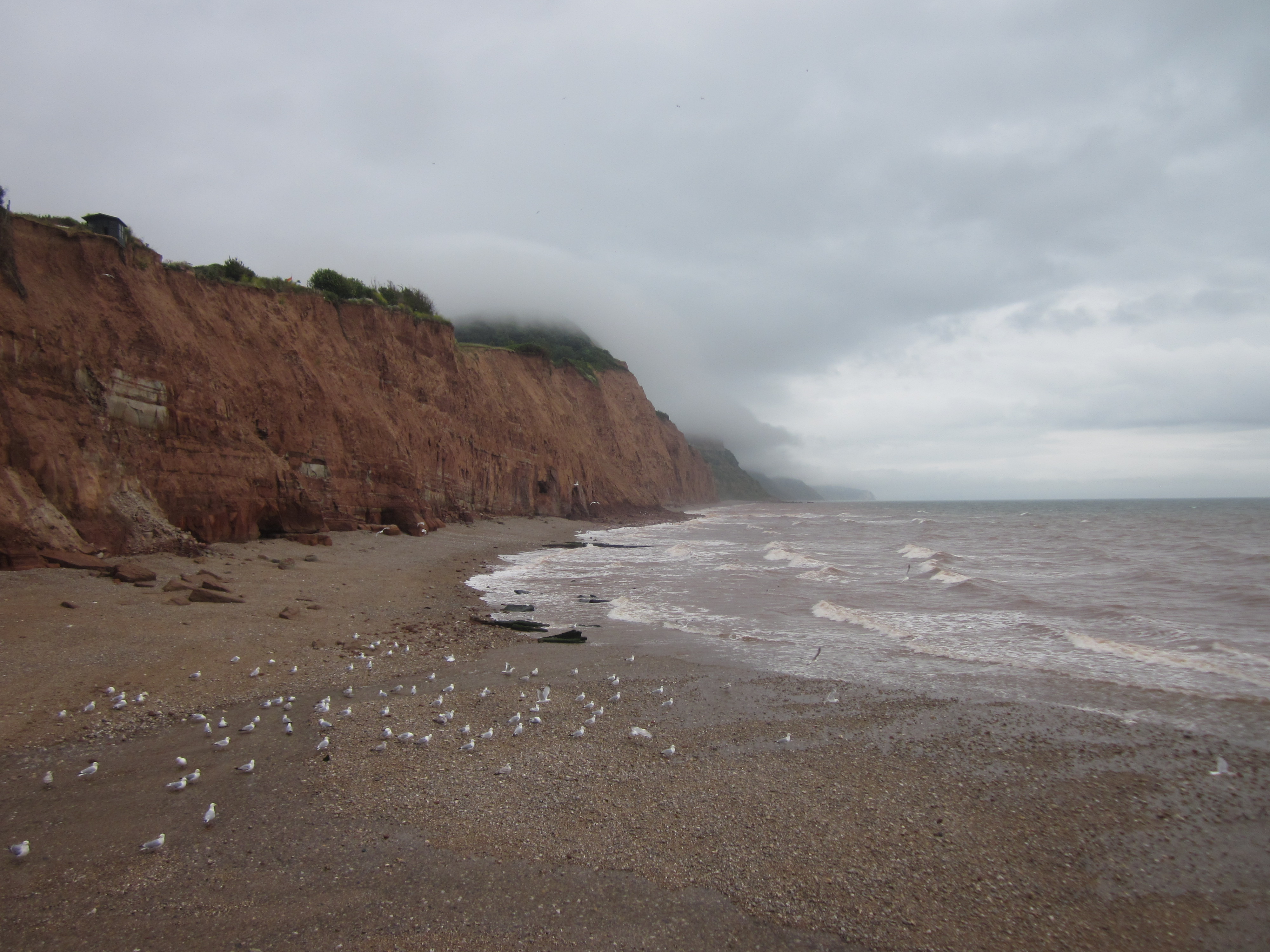 In East Devon Area of Outstanding Natural Beauty and Lyme Bay Heritage Coast. Parts owned by or covenanted to the National Trust. Parts managed as Nature Reserves by Devon Wildlife Trust. Boundary modified by a minor extension at the 1989 revision.

Descriptions and Reasons for Notification:

This stretch of Devon coastline supports the most westerly example of species-rich chalk grassland in England and a diverse invertebrate fauna is associated with the site. There are also important geological and stratigraphic features displayed here.

Extending for approximately 12 kilometres the site consists mainly of south-facing cliffs with occasional coastal valleys. The cliffs are generally very steep and in places rise to 160 m above the shingle foreshore. In the west New Red Sandstone with a capping of Greensand occurs, but as the strata dip eastward chalk beds appear beneath an overlay of clay-with- flints.

The wide variety of aspects and habitats supports an equally varied invertebrate fauna. Butterflies, grasshoppers and crickets are numerous. The nationally scarce rufous grasshopper Gomphocerippus rufus, grey bush-cricket Platycleis denticulata and bog bush-cricket Metrioptera brachyptera have been recorded. In some of the streams the rare caddis flies Plectronemia brevis, Adicella filicornis and Ernodes articularisoccur. A seasonally flooded pool supports a population of the nationally rare fairy shrimp Chirocephalus diaphanus, a species listed on Schedule 5 of the Wildlife and Countryside Act. The uncommon brackish water-crowfoot Ranunculus baudotii has also been recorded here.

These cliff sections provide the finest exposures of the Foxmould Sands and Chert Beds (Upper Greensand) in South-West England. The site may be used as the type locality for these members, and the section is of critical importance as a standard with which to compare and contrast inland exposures. The quality of exposure allows particularly good opportunities to study the sedimentology of Upper Greensand Chert and hardground formation. The site is also of importance as it contains some of the most westerly major Upper Cretaceous exposures in England, which are of great stratigraphic importance. They show the intriguing lateral thickness and facies variations of the Cenomanian Limestone, containing an abundant and in part rare fauna. The Neocardioceras Hardground at the tip of the Cenomanian yields ammonites that are scarcely known elsewhere in Britain at this horizon. The site beautifully displays the basal Turonian or Beer Stone, a large echinoderm-rich calcarenite lens and also the major erosional truncation of the Lower Turonian and Cenomanian. A unique site for its sedimentology and stratigraphically-important fossil horizons.