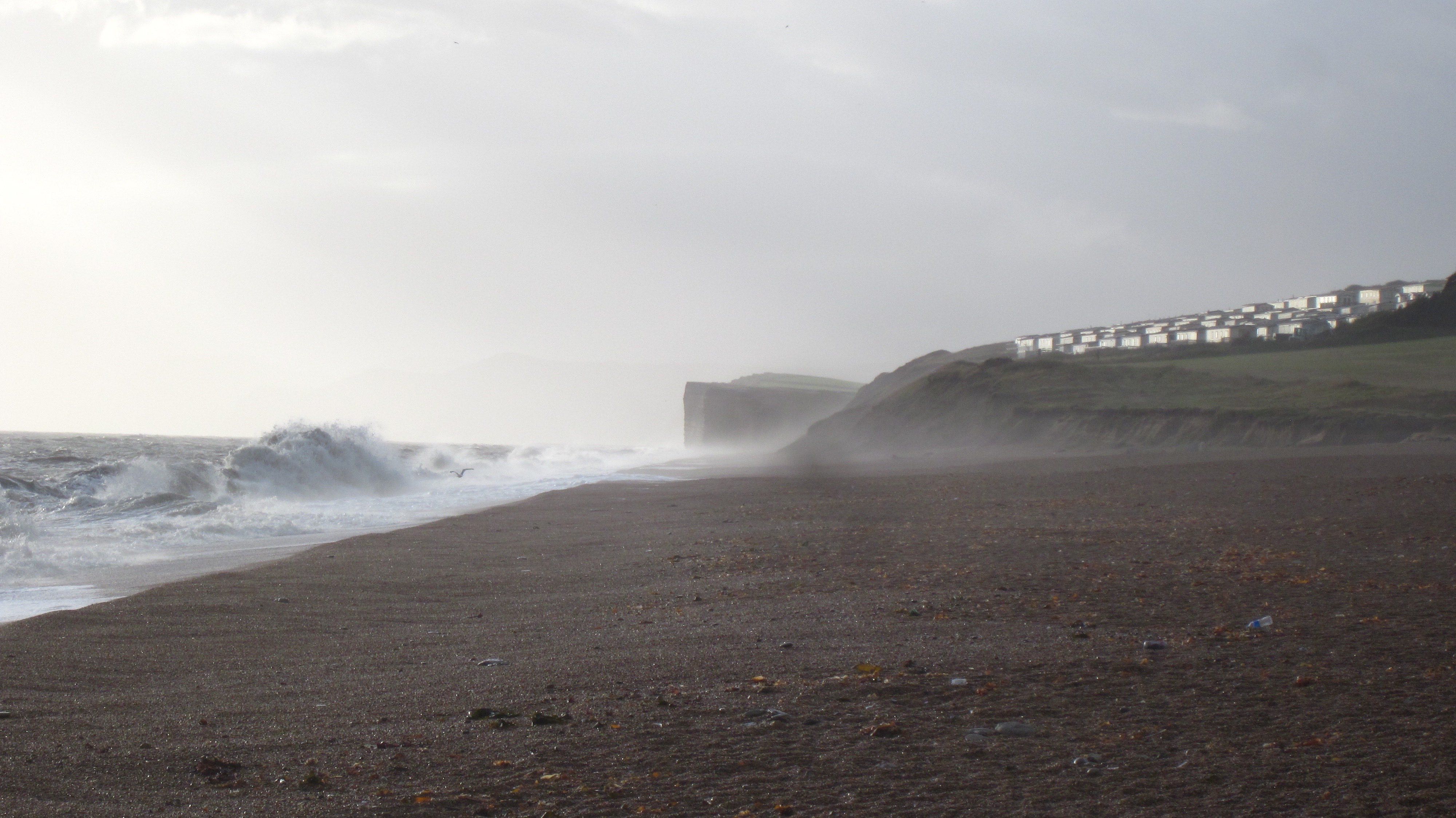 Formerly notified as West Dorset Coast and Ware Cliffs SSSI: site boundary amended by extensions and deletions. The site includes the previously and separately notified Newlands Batch SSSI. Within Dorset Area of Outstanding Natural Beauty and West Dorset Heritage Coast. The site is contiguous with Axmouth to Lyme Regis Undercliffs SSSI to the west and Chesil and the Fleet SSSI to the east. Much of the site is owned by the National Trust (Golden Cap Estate). The site includes 12 Geological Conservation Review localities.

The West Dorset Coast between Chesil Beach and Devonshire Head near Lyme Regis is an internationally important geological site, particularly famous for its fossil reptiles. The varied undercliffs have a wide range of habitats which support a number of rare plants and animals. Adjoining the coastline are unusually large areas of herb-rich grassland of a type now very restricted in occurrence.

Geology
The seacliffs at this site are of outstanding international importance to geology, and one of the most important British localities. The coast has been the subject of innumerable studies documented in an enormous body of literature spanning two centuries. Several distinct geological interests are represented and are detailed separately below. Particularly important are the Lower and Middle Jurassic strata and their fossil faunas of invertebrates, fish, reptiles and rare mammals. The form of the cliffs and their method of failure is of great importance to coastal geomorphology, as is the coastal shingle structure of Chesil Beach.

The cliffs from Pinhay Bay to Watton Cliff expose the most complete Lower Jurassic sequence in Europe. In Britain it is the only single section which provides exposures through the entire Lias (Hettangian to Toarcian), and thus practically constitutes the British standard Lias section.

The cliffs of Lyme Regis have yielded hundreds of extremely well-preserved specimens of ichthyosaurs, plesiosaurs, pterosaurs and dinosaurs, including type specimens of more than 15 species. Entire skeletons have been extracted from the Blue Lias and the ‘Shales with Beef’. Fossil reptiles have been collected here since the 18th century, and important finds are still being made as cliff erosion exposes fresh rock, making this site the richest Lower Jurassic reptile site in Britain, and probably the world.

The Woodstones and Flatstones horizons of the Lias at Black Ven and Stonebarrow (Charmouth) are the most productive source of Lower Jurassic (Lias) insects in Britain. Five species unique to the site have already been described; many specimens collected have yet to be studied or described. The fauna includes many representatives of the Odonata (Dragonflies), Hemiptera (True Bugs), Coleoptera (Beetles) and Orthoptera (Grasshoppers and Crickets), associated with a normal Lias marine fauna. This derived but well-preserved insect fauna constitutes the richest accumulation known from the British Lower Jurassic.

The cliffs between Seatown and Watton Cliff provide the most complete Toarcian sequence in southern England, exposing the Junction Bed, Down Cliff Clay and Bridport Sands. Although much of the section is relatively inaccessible, many fallen blocks supplement excellent exposures of the thin and highly condensed Junction Bed. Together they are of extreme importance for the illustration of the unique sedimentary features and complex ‘micro-stratigraphic’ history of this bed.

The cliff section at East Cliff provides one of the most complete exposures of the Bridport Sands. This section is complemented by its equally classic continuation in Burton Cliff. In particular it is one of the few exposures yielding latest Toarcian moorei Subzone ammonites in South Dorset. Burton Cliff is one of the most visited British Jurassic localities, and the cliff section displays a complete Inferior Oolite succession overlying part of the finest available Bridport Sand section, continued from East Cliff. This locality figures strongly in all previous accounts of the Middle Jurassic geology and is of great value in several fields of research at the present time. Although not formally designated as such, for practical purposes the Burton section may be taken as the international standard for part of the Upper Bajocian State (bomfordiSubzone).

Watton Cliff forms the best single exposure of Bathonian sediments in Dorset. The upper part of the Fuller’s Earth Clay (‘Frome Clay’), the boueti Bed and the Forest Marble are exceptionally well-exposed in the cliff. It is the type-locality of the wattonensis Beds, intermittently exposed beneath the beach, adjacent to the Eype Mouth Fault. This bed yields a rich and varied fauna, including occasional hodsoni Zone ammonites of the genera Procerits and Choffatia. The boueti Bed similarly contains an abundant brachiopod- bivalve fauna, with bryozoans and occasional corals. The Forest Marble exhibits a variety of trace fossils, such as Gyrochorte, Imbrichnus and Pelecypodichnus. Watton Cliff is one of a handful of sites in the world to yield Middle Jurassic mammals, and is only the third known mammal locality in the Bathonian anywhere in the world. The Forest Marble here has recently yielded rare specimens of multituberculate mammals in association with the tritylodont Stereognathus coliticus, previously described from the Stonesfield Slate. The ‘Mammal Bed’ within the Forest Marble (Upper Bathonian) at this site also yields fishteeth, including teeth from several new undescribed species of shark. Watton Cliff is a site of great importance for its research potential.

The assemblage of cliffs and beaches at Golden Cap – Lyme Regis is of considerable importance to coastal geomorphology. This area of coast is important for the well documented changes in the cliff line – particularly the landslides at Black Ven. Also, this site shows excellent examples of beach ramparts formed from the boulder content of the landslides. The beaches here are fed, in part, by chert and flint from the cliffs, making it possible to monitor effectively, landslides, cliff erosion and sediment budgets. Some parts of the beach system here may be relict elements of a once large Lyme Bay Beach which may have been linked with the western end of Chesil Beach. Golden Cap – Lyme Regis is therefore important for classic coastal landforms and for studying the interrelated processes of cliff denudation and beach formation.

The cliffs from west of Lyme Regis to Pinhay Bay in Devon are part of the most renowned area of landslipping in Great Britain. Although movement probably commenced towards the end of the Pleistocene, the very large Bindon Landslip of 1839 in Devon, brought the slips to public prominence. The series of slides involve Upper Greensand and Gault, and Triassic and Jurassic sediments beneath. Large scale movements are infrequent, but smaller scale movements continue to the present day, notably near the western fringes of Lyme Regis. This is an historic site which has played an important part in the elucidation of landslip processes.

The site also includes the western part of the internationally important coastal shingle structure of Chesil Beach. This feature runs south east from West Bay to Portland, and with Dungeness and Orford Ness, is one of the three largest shingle structures on the British coast. It differs from the other examples in being a linear storm beach rather than a cuspate foreland. It is exceptionally important for its size, for the systematic size-grading of pebbles and cobbles alongshore and their lithological composition, and for the detailed historical record of changes to the beach. Chesil Beach is therefore of the highest geomorphological value both as a classic landform and as a full-scale natural laboratory for the study of beach processes.

Finally, the soft cliffs at Black Ven provide a classic example of a complex and active multiple landslip. Here, Cretaceous chert beds and Upper Greensand and Gault (here a sandy silt) have slipped seaward over impermeable Lower Lias clays. There is much local faulting and flexure, and a partly eroded syncline within the cliff serves to localise the discharge of groundwater. This site is particularly important for demonstrating movement in arenaceous flows of cohesionless remoulded material due to copious water supply from the Cretaceous strata; it forms a classic, much studied landslip.

The extreme instability of the cliffs, particularly in the area around Charmouth and Lyme Regis, has given rise to large undercliff areas with very varied topography. A complicated mixture of vegetation types is present with the effects of underlying rock type obscured by the many mud slides and other landslips. The range of plant communities is wide, from mature woodland to pioneer communities on bare sand or clay.

The maritime character of the vegetation is most marked at the cliff edge where thrift Armeria maritima is important in the sparse turf. The strongest British population of the nationally rare and protected* plant stinking goosefoot Chenopodium vulvaria occurs on exposed soil in this location.

Springs emerge at the junction of the Lias Clays with the overlying Upper Greensand. These wet features support further plant communities which reflect a range of base status. The more acidic flushes are dominated by bog mosses, mostly Sphagnum fallax and S. papillosum, with herbs such as marsh pennywort Hydrocotyle vulgaris and marsh violet Viola palustris. More base-rich flushes are dominated by a mixture of grasses and rushes and have a diverse flora including ragged robin Lychnis flos-cuculi, greater bird’s-foot-trefoil Lotus pedunculatus, common marsh-bedstraw Galium palustre and southern marsh-orchid.

Dry acidic grassland also occurs in the site, on soils derived from the Bridport Sands and the Upper Greensand. In places, the grassland has a heathy character with stands dominated by bristle bent Agrostis curtisii and including heather Calluna vulgaris, bell heather Erica cinerea, heath milkwort Polygala serpyllifolia and wavy hairgrass Deschampsia flexuosa. This community grades into scrub of bracken and gorse, and both the local climbing corydalis Corydalis claviculata and the nationally scarce greater broomrape Orobanche rapum-genistae are present. Especially at the eastern end of the site, grassland of more calcareous character occurs locally on soils derived from the Forest Marble and Fullers Earth. Tor-grass Brachypodium pinnatum is locally dominant with many typical grasses and herbs of downland frequent. Some more restricted species of calcareous clay soils such as dyer’s greenweed Genista tinctoria and strawberry clover Trifolium fragiferum are also present.

The site includes the coastal end of the river valleys at Seatown and West Bay where several riverine habitats add further diversity. Amongst these are reedswamp and scrub vegetation and at West Bay, an area of brackish meadow dominated by creeping bent with frequent bulbous foxtail Alopecurus bulbosus, a nationally scarce plant.

The landslips, seepages and other cliff features provide varied conditions which support a diverse insect fauna particularly rich in rare species. The warm, south-facing cliff slopes suit many species with predominantly southerly distributions. Solitary bees and wasps are especially well-represented, with 5 Red Data Book species present including the strongest national populations of two mining bees, Lasioglossum laticeps and L. angusticeps. Red Data Book flies include the endangered cranefly Arctoconopa melampodia and the chloropid Platycephala umbraculata which have been recorded on few other sites. There is an important beetle fauna associated with the site. Seven Red Data Book and 18 nationally scarce species have been recorded to date. These include the cliff specialists: Cicindela germanica, Scopaeus laevigatus, Boris analis and Sitona gemellatus. This is the only known British site for the moth Morris’s wainscot Chortodes morrisii.

The cliff-top grasslands are also important for their insect fauna and some of the cliff species, such as bees, use the flowers as a source of pollen and nectar. The nationally scarce and declining butterfly pearl-bordered fritillary Boloria euphrosyne has been recorded in these areas and the small pearl-bordered fritillary Boloria silene is locally common. In the eastern part of the site there are small colonies of another nationally scarce butterfly Lulworth skipper Thymelicus acteon. Many species of bird and mammalhave been recorded as breeding within the site including the rare and protected$dormouse Muscardinus avellanarius.