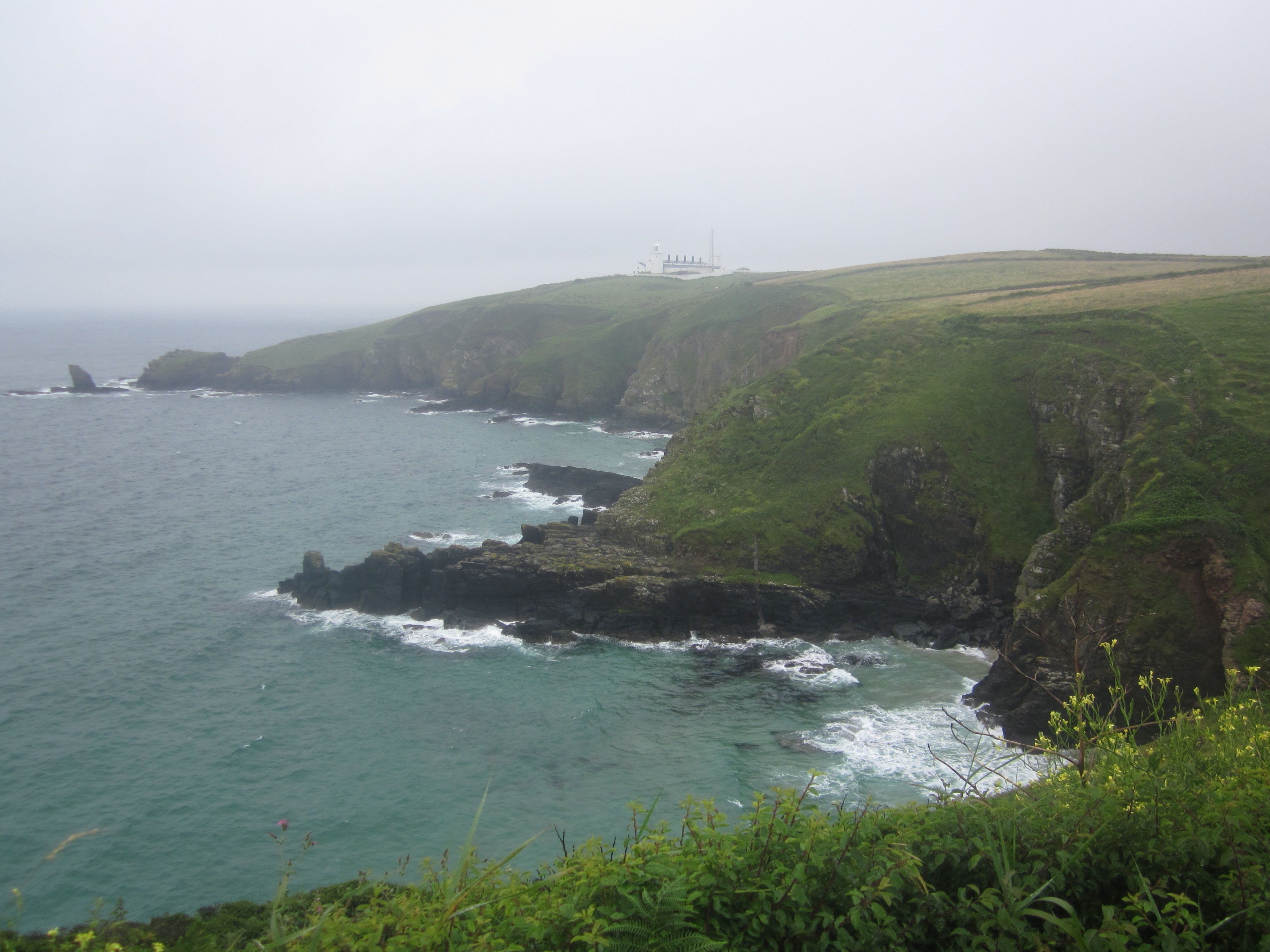 Introduction:
Caerthillian to Kennack is located some 17 kilometres south of Helston at the most southerly tip of the Lizard Peninsula, which forms the southernmost point of mainland Britain. The site is underlain by metamorphosed sediments and igneous rocks including micaceous and hornblende schists of amphibolite to granulite facies. Tectonically above these lies serpentinised peridotite and gabbro into which acidic granite gneisses have been intruded. The rocks at Lizard Point and from Polbarrow to the Balk are of special geological importance in the interpretation of the Lizard Complex of rocks. Along most of the site the cliff top soils are stony and free draining and often droughty in summer. The combination of mild oceanic climate with the unusual geology and exposed location has led to the development of a range of vegetation types which, in Britain, is unique to the Lizard Peninsula. This site is of great botanical importance, with 12 Red Data Book (RDB) (*) plant species having been recorded, including three rare clovers Trifolium spp. confined on the British mainland to the Lizard Peninsula.

The majority of the rest of the site is of an easterly aspect and so is relatively sheltered from prevailing winds. Thus the vegetation here is markedly more luxuriant than on the wind-pruned west coast of the Lizard. In most places considerable growth of scrub develops inland from the maritime grassland, therophyte and rock-crevice communities. Small areas of cliff top support a maritime bluebell community. Dominant species of the cliff scrub are gorse Ulex europaeus, blackthorn Prunus spinosa and wild privet Ligustrum vulgare, often with an understorey of bramble Rubus fruticosa, ivy Hedera helix and bracken Pteridium aquilinum with woodland species such as hart’s-tongue Phyllitis scolopendrium, red campion Silene dioica, honeysuckle Lonicera periclymenum and common dog-violet Viola riviniana. In other areas stands dominated by bracken are extensive.

A disused serpentinite quarry at Church Cove supports the nationally scarce galingale Cyperus longus, bird’s-foot clover Trifolium ornithopodioides and yellow-vetch Vicia lutea, the latter at its largest concentration on the Lizard. At the Devil’s Frying Pan the only cliff woodland on the Lizard occurs, a result of suckering of elms Ulmus spp. planted around a farmstead. Three varieties are thought to occur here, namely Dutch elm Ulmus hollandica, Cornish elm U. minor var. cornubiensis and an intermediate form. A third RDB (*) clover, the twin-headed clover Trifolium bocconei is found north-east of here, together with particularly strong populations of long-headed clover, wild asparagus and fringed rupturewort. Nationally scarce thyme broomrape Orobanche alba and musk stork’s-bill Erodium moschatum also occur. Nearby, a disjunct population of the RDB (*) plant four-leaved allseed Polycarpon tetraphyllum exists, one of only two populations of this rare annual on the British mainland.

At Enys Head the common dog-violet Viola riviniana subassociation of maritime heath has developed. This is dominated by ling Calluna vulgaris, bell heather Erica cinerea and sheep’s fescue Festuca ovina. Locally, a ‘Mixed Heath’ community has developed. This is a rare community restricted in Britain to the Lizard and is dominated by gorse, western gorse Ulex gallii and the RDB (*) Cornish heath Erica vagans.

In the north of the site the area around Poltesco has considerable tree and shrub cover, an unusual feature on the Lizard.