Chesil and the Fleet SSSI 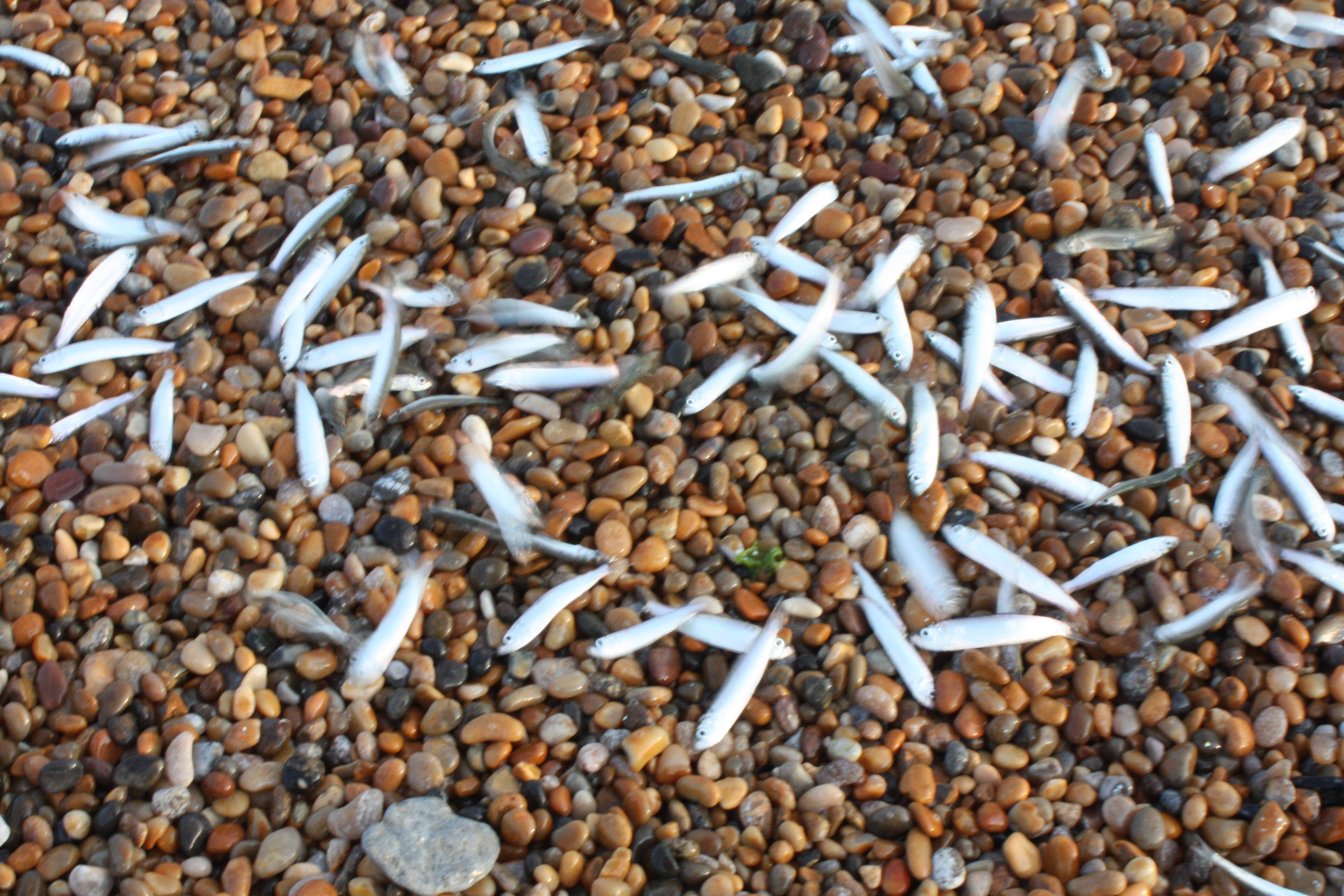 Nature and Geological Conservation Review site. Fleet designated a wetland of international importance under the Ramsar Convention and a Special Protection Area under EEC Directive on the Conservation of Wild Birds (79/409). Part of the SSSI lies within the West Dorset Area of Outstanding Natural Beauty and it lies wholly within the West Dorset Heritage Coast. The SSSI includes the Fleet Sanctuary Nature Reserve, the Dorset Trust for Nature Conservation West Bexington Reserve, and part of the National Trust’s Limekiln and Labour-in-Vain Farm. It is contiguous with the West Dorset Coast SSSI, the Portland Coast SSSI and the proposed Portland Harbour SSSI. Site boundary amended by extension and deletion. Part of the site previously and separately notified as Cogden Farm and Beach.

Chesil Beach is one of the three major shingle structures in Britain and is of international importance for coastal geomorphology. Along about half its length it encloses the Fleet, the largest tidal lagoon in Britain. This, together with the Beach and associated habitats, incorporates a site that is of international importance to wildlife. The fossil-rich and stratigraphically important sequence of Jurassic strata exposed along the landward side of the Fleet adds further value to the site.

Chesil Beach with associated features is of the highest importance to the study of coastal geomorphology, both as a classic landform and as a full-scale natural laboratory for the study of beach processes. The Beach, essentially a linear storm beach linking the Isle of Portland to the mainland, is exceptional firstly for its size (150–200 m in width and approximately 28 km in length); secondly for the systematic coarsening of pebbles eastwards; thirdly for the variation in the composition of the pebbles; and fourthly for the extensive historical records of beach changes.

The Fleet, 13 km in length, 75–900 m wide and with a surface area of 4.9 km2 at high tide, is exceptional for several reasons. The water is mostly very shallow, averaging only 1.5 m or less in depth, although it is up to 5 m deep in the Narrows. A passage opens into Portland Harbour at the eastern end of the lagoon, giving rise to a tidal flow which decreases in height from approximately 2 m to almost nil midway along the lagoon and to a salinity gradient which varies from marine at the eastern end to close to freshwater at the other. The bed of the lagoon is mostly composed of sand and silt, although in the vicinity of the Narrows it is very unusual, consisting of transitional patches of pebble, hard coralline rock and soft mud.

The salinity gradient, peculiar hydrographic regime and varied substrates, together with the relative lack of pollution in comparison to most other lagoons, have resulted in the Fleet becoming extraordinarily rich in wildlife. Outstanding communities of aquatic plants and animals are present, supporting large numbers of wildfowl and waders. The plant-life includes no less than 150 species of algae, in communities unlike those found anywhere else. Rarities include the filamentous green algae Cladophora battersia and C. retroflexa and the stonewort Lamprothamnion papillosum. The lagoon is, however, better known for its underwater meadows of eel-grasses Zostera noltii and Z. angustifolia and spiral and beaked tassel-weeds Ruppia cirrhosa and R. maritima, holding the most extensive mixed population of these species in Britain.

The abundant aquatic vegetation supports up to 1,200 wintering mute swans Cygnus olor, and also the unique breeding colony of 20–100 pairs of this species at the Abbotsbury Swannery. Up to 7,500 wigeon Anas penelopewinter on the lagoon, over 1% of the north-west European population. Several other species of wintering wildfowl are also abundant. The duck decoy at the Swannery, built in 1655, is the oldest still in use in Britain. The inter-tidal mud flats support numerous wintering and passage waders, with up to 1,000 dunlin Calidris alpina and 1,500 lapwing Vanellus vanellus.

The Fleet supports at least three distinct and highly unusual mollusc associations. The looping snail Truncatella subcylindrica and a sea slug Tenellia adspersa are both only known from one other British site. Other notable invertebrates present include the sponge Suberites massa and the burrowing anemone Scolanthes callimorphus, both of which have been found at only two other localities in Britain. Another rare anemone, Nematostella vectensis, is known from only a few other British localities and nowhere else in Europe. The only known British population of the scaly cricket Mogoplistes squamiger occurs just above high water mark. Additionally, the Fleet is the only significant estuarine breeding area for fish between Swanage and Seaton and is one of the few nurseries of bass Dicentrarchus labrax in Britain. In all, 23 species of fish have been recorded, including the goby Gobius couchii, known otherwise only from Portland Harbour and the river Helford.

Among other habitats occurring within the SSSI are saltmarsh, reed bed, grassland, scrub and woodland, all important and integral components of the site. For example, the stands of common reed Phragmites australissupport large populations of sedge and reed warblers Acrocephalus scirpaceus and A. schoenobaenus and a few pairs of the rare Cetti’s warbler Cettia cetti. The marshy and calcareous grassland communities present are among the best examples of their types in the county, being remarkably herb-rich and containing such rarities as bulbous foxtail Alopecurus bulbosus, marsh mallow Althaea officinalis and yellow vetchling Lathyrus aphaca, all with extensive populations. The scrub and woodland are of importance to many species of bird and insect for shelter, breeding and food.

The bank and low cliffs along the landward edge of the Fleet provide nationally important exposures of Middle and Upper Jurassic rocks. Bathonian rocks (Middle Jurassic) are exposed between Shipmoor Point and Butterstreet Cove and in a small quarry at Langton Herring. The very fossiliferous vattonensis Beds are the oldest Bathonian rocks seen and have yielded a diverse fossil fauna, including important fish otoliths and a number of ammonites, significant in dating these beds as hodsoni Zone. The slightly younger Upper Fullers Earth Clay includes a spectacular bed composed almost entirely of the fossil oyster Pracexogyra hebridica. The overlying Forest Marble contains the boueti and digona beds which have yielded the most diverse fully-marine fossil faunas known in the British Bathonian, including ammonites, generally very rare in the Forest Marble and significant for dating and comparison with other sequences. Important exposures of the overlying Cornbrash are also present. Tidmoor Point, where part of the Middle Oxford Clay (of Callovian age) occurs, is famous for its fossils, particularly for pyritised ammonites, and is the definitive locality for some of the species present. Nationally important exposures of Oxfordian (Upper Jurassic) rocks occur at Lynch Cove, the definitive locality for the ‘Red Nodule Bed’. This contains an assemblage of ammonites and bivalves important for accurately dating the beds and similar assemblages from strata of this age in other parts of Britain and Normandy. Kimmeridgian rocks are well exposed between East Fleet and Small Mouth with the thickest section of the baylei and cymodoce Zones in Dorset. Important as the source of ammonites of the genus Rasenia and in the sub-division of the cymodoce Zone.